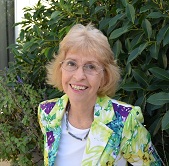 It’s great to have you visit CaféCala. This morning I’ve been making some special moist mandarin banana cake with walnuts.Would you like tea or coffee with yours?

Tea, please.Black, weak, with a piece of ginger. And that cake sounds delicious. Hope it’s gluten free. Being a Coeliac can be a drag.

No problem. I just happen to have a gf version I made for some writing friends a couple of weeks ago.

1 Your sixth book Fatal Flaw is currently available, but where did you get the idea for your next book, Grievous Harm?

I’d like to say that it evolved from something fantastic, but in reality, what sparked the idea was quite horrific. Some years ago an email with a photo in the body of it arrived in my Inbox from someone unknown to me (my email inbox is divided so that the top half of the screen shows the sender and subject and the bottom half shows the content). At first I couldn’t make sense of the photo – I think my mind simply refused to acknowledge what I was seeing. When I did finally work it out I was horrified. I’d never seen child pornography before and hope I never have to experience that again. I quickly phoned our local police station and got the phone number for Taskforce Argos, the division of the Queensland Police in Brisbane that deals with this sort of thing. I don’t know if the police were able to track down the perpetrator, but before I deleted the email an IT guru friend was able to trace it back to the library of the Austin University in Texas USA. She explained that it had been sent through a variety of routers and that it would probably be impossible to track, but the computer that had originally had the photo must have contracted a virus that sent all their emails across the world to hundreds of thousands of unsuspecting, innocent recipients. It got me thinking how terrible it would be to receive an email like this with something in it that belonged to someone in your family, and so Kate Maclaren’s trip from Los Angeles to Sydney began.
It turned out that my publisher thought it too great a co-incidence to have this happen, so Kate’s discovery that her niece is missing isn’t quite as horrific, but is related to a viral email.
John Corey, who readers will have met in Fatal Flaw, is working undercover on a different assignment, but when their paths cross, he defies orders and joins Kate in her search. I loved writing these two, they are such wonderful characters.

Have shivers down my spine just reading this, Sandy!

When readers say how much they have enjoyed my books. I recently was told “I don’t normally read your type of book, but I read your latest and it was fantastic”. It makes all the time and effort of writing worthwhile. I love writing, but every author will tell you that sometimes it’s like taking a reluctant child to school. If I can give a reader hours of entertainment then I’m happy.

I seem to have always been writing. As a child I loved reading and inevitably I would come up with stories of my own, especially during my parents’ marriage break-up when it was a release to write out my feelings as though they were my characters’ feelings. As a teenager I became quite serious about it, but then marriage and kids intervened. About 18 years ago I became ill and it made me think that I really needed to pursue my dream of becoming a published author, so I did.

Having great writer friends who are supportive and encouraging, and being part of the Queensland Writers Centre and Romance Writers of Australia, from whom I’ve learned so much.

Two things – a rural romance with a difference, and the next book after Murder, Mayhem and Menopause, my women’s fiction that is looking for a home.
The next book after Grievous Harm is percolating in my subconscious. One of the minor characters in Grievous Harm, Ryder, will be the main character, and his love interest is coming through to me so strongly I feel I know her already. There are some huge shocks in store for her, but the same can be said for Ryder. It’s funny, but I seem to instinctively give my characters some traits that even in the next book fit in so well with the plot. I hate to think what my subconscious does when I’m not awake. No wonder I wake up exhausted

When I present a workshop to aspiring writers I tell them that writing is 5% inspiration, 5% perspiration, and 90% determination. It’s important to stay determined and not let rejection get in the way of your dream. But you should also learn all you can about the craft of writing, attend workshops, and join writing organisations that specialise in the genre you love writing.

In the romantic suspense genre, Linda Howard, Nora Roberts, Sandra Brown and our own Australian authors Bronwyn Parry, Helene Young, Shannon Curtis and Rachel Amphlett for example. I also love reading Anne Gracie’s and Sara Bennett’s historical romances, though I’d never attempt to write one (I know my limits lol). I will read any book that appeals to me so my book shelves are a mishmash of genres and authors.

When a child is in danger, every second counts.

In Sydney, Australia, The Loving Hand church understands how children can be a commodity more precious than gold.

When Kate Maclaren flies in from Los Angeles, desperate to find her missing niece, she opens a door into this world, and uncovers a network of corruption and cruelty that stretches across the country.

Agent John Corey, torn by long-buried guilt, and harbouring secrets he must not reveal, joins forces with Kate to expose the sinister cult before more children disappear. He will risk everything, even defying orders, to help Kate uncover the truth and keep her safe.

But when their journey into Australia’s Outback reveals the psychopath at the centre of thenetwork, it is Kate who discovers she will do anything for the people she loves.

And an excerpt:
Brisbane, Australia

The sign above the front door said the brothel was legal.
The knot in John Corey’s gut told him he would rather be somewhere else. Anywhere else.
Leon Thompson elbowed him in the ribs and grinned. ‘You can still have my girl if you want. Like I told you, she likes it rough. Gets off on a bit of pain, really bucks around.’
John shook his head. The thought of inflicting pain on a woman, even one who enjoyed it, repulsed him. Leon shrugged and walked into the reception area. His lanky body reminded John of a retriever, but the large teeth, fleshy lips and slate grey eyes were more fish-like than canine.
The room was better furnished than the nondescript brown brick exterior of the building would have implied. Pale grey velvet armchairs grouped in several small clusters around magazine-strewn coffee tables, full-length dark green curtains and a corner table with coffee- and tea-making facilities were more in keeping with a private hotel than the kind of place John would have expected Leon to frequent.
‘Good evening, Leon.’ The voice of the voluptuous blonde behind the reception desk dripped honeyed welcome. ‘Crystal is waiting for you.’ Her eyes slid over John in a look that quickly assessed and approved. ‘But, I’m sorry, your friend will have to wait a few minutes. Abagail is running a little late.’
‘That’s okay.’ John was more than happy to wait. All night if he had to.
He took out his wallet, but Leon waved it away. ‘I told you this was on me.’ His grin turned sly. ‘I’ve got a tab. Make sure you enjoy yourself.’ He winked at the receptionist and walked through an archway into a corridor that branched to the left.
John sat on an armchair, picked up a magazine that spilled female flesh from every page, and hoped Leon wouldn’t ask for a detailed account of his evening when they next met. He flipped through the magazine, looking but not seeing. He’d learned patience over the years, but befriending the Leons of the world sometimes took more than he felt capable of giving.
He’d flicked through a second magazine before the receptionist called softly, ‘Abagail will see you now. Just follow the corridor to Room Six.’
The thick carpet deadened his footsteps as John walked slowly towards the room. The doorways into the rooms were set in alcoves that provided privacy from anyone passing. John had just reached the alcove for Room Six when he heard the clunk of a key being turned in a lock. He glanced up the corridor and saw a door further along on the opposite side slowly open. A man in his sixties peered stealthily around before stepping into the corridor, closing the door and hurrying to what would have to be the alcove to Room Seven.

Odd.Someone with his own private key to get into the building. Someone whose clothing said if he bought off the rack it was only because it was the best rack in the city. Someone who could obviously afford the kind of prostitutes who came with a ‘high quality escorts’ label. He could be the brothel owner, but the furtiveness of his movements indicated otherwise.
With instincts honed by years of operating in situations like this, John followed. Just as he reached the alcove he again heard the clunk of a key unlocking a door, and caught a glimpse of the man withdrawing the key from the lock and pocketing it before entering the room.

Sandy’s sixth book, Fatal Flaw, is available as either print or e-book
Grievous Harm will be published in October and will be available in both print and e-book.

All Sandy’s e-books are available from:
www.clandestinepress.com with discount.
amazon/kindle

Where to buy print books:
www.clandestinepress.com with discount.