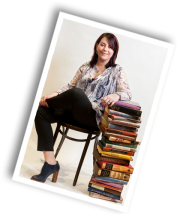 I’m delighted to have you visit Café Cala. I’m really looking forward to reading The Art of Keeping Secrets. I’ve been making chocolate brownies this morning. Would you like tea or coffee with yours?

Hah – thanks for the offer and the brownies sound AMAZING, but unfortunately I’m not a tea OR coffee drinker. I’ll have a glass of water J

1 Where did you get the idea for The Art of Keeping  Secrets?

The Art of Keeping Secrets was (like all my books) a few tiny seeds of ideas pieced together like a jigsaw puzzle. The first and probably biggest seed landed at my book club last year around the time Caitlyn Jenner came out as a woman. This got a heated discussion going amongst my friends about what we’d do/feel if we were in a relationship where our husband did the same. The responses were so varied that I decided I had to explore this topic, thus one of my main characters Flick was born. Last year was also a very sad year for one of my closest friends and it brought our group of friends even closer together than ever before, making me realise how blessed I am to have such amazing friendships. I wanted to celebrate the fact that good friends can really help you through the highs and lows of life. Another of the main characters, Neve, is a single mum and her situation is a little similar to that of my own mum’s.

I’m one of those writers who doesn’t LOVE writing as much as I LOVE having written, so the most rewarding thing is every time I finish a book and think: WOW, I did it again. But the biggest reward of writing life has probably been the friends I’ve made on this amazing journey. They are now some of my closest friends and I talk to them about everything, not just the writing.

I actually fell into writing in the same way many people fall into their careers. I always wanted to be a primary school teacher but at the end of year twelve I accidentally dumped the boy I then thought was the love of my life and for some reason I turned to writing as a form of therapy. I’d never been a HUGE reader OR writer before then, but that summer I found books and I found that I had a love for creating story. I wrote the story of me and this boy – but I rewrote the ending. Instead of us breaking up, I gave him a horrific disease and killed him off so that nobody else would ever be able to have him. It was cheaper than therapy and I caught the bug so much that the week before I was due to start a teaching degree, I swapped to a writing degree. Sadly this degree taught me nothing about writing and ended up making me feel as if I should be writing literary fiction when all I wanted to write was the next Bridget Jones. For years after this I floundered with my writing (and did go back and become a teacher) until I finally decided to try my hand at writing romance and discovered the Romance Writers of Australia. This was the turning point in my career. It still took another five years to get published, but this was when I truly started learning about writing.

Joining Romance Writers of Australia – finding my tribe. But also working out where my voice fit. I tried for a long time to write something more literary and that wasn’t me. Then I tried to write category romance for Mills & Boon and at that stage, I couldn’t fit there either. When I decided to try writing a rural romance I found my niche and that got me started. Since then I’ve broadened what I write about and now write in two genres, but working out where my stories fit was instrumental in writing something publishable.

I’ve just finished the first draft of my May 2017 rural romance, TALK OF THE TOWN – it’s a small town romance with a single dad dairy farmer, an ex-con heroine and a ghost! I’ve had a lot of fun writing it but due to the big secret in the story, it’s also been rather tricky to get right.  After that I’ll be starting my next women’s fiction book and I can’t wait!

Read lots and write lots. It seems simple but I never understand people who want to write books yet say they don’t really read. You can learn a lot about writing from reading – both good and bad books. Also join a professional organisation (like the Romance Writers of Australia) and take your career seriously even before you are published. You need to make the time to write and let others around you know how important this is to you. One final thing – don’t be in too much of a rush to get published. I took 15 years and while I hope you don’t take that long, those years (my apprenticeship) were not a waste. Learn your craft, learn your voice and make sure when your first book hits the shelves, it’s the best you can possibly do! 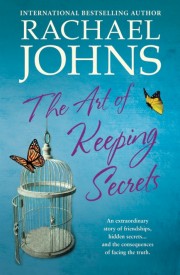 THE ART OF KEEPING SECRETS is a celebration of friendship. It explores the lives of three woman, the secrets they keep for each other, from each other and even sometimes from themselves.

‘I couldn’t sleep with Jeremy. It didn’t feel right. I didn’t want to hurt you. And when everything went bad with poor Emma, all I wanted was to see you, to talk to you.’

He reached out and squeezed her hand, a silent thank you, and this time, Flick didn’t want to pull away. She looked right into his eyes. ‘If you do this, it’s not going to be easy. Are you prepared for what might happen? For rejection, abuse… You might lose your job, your kids?’

‘What about you? Will I lose you?’

That was the million dollar question. The one she’d been asking herself over and over again since Seb had confessed. Should I stay or should I go? Whatever her choice – what would people say? What would they think? Where was the magic eight-ball to tell her what to do when she needed it?

It’s none of anyone else’s damn business. Part of her had always cared too much about being “normal” but she hadn’t let that stop her becoming a taxidermist and she didn’t regret that decision. Just like taxidermy was part of who she was, so was Seb. She couldn’t imagine her life without him and she couldn’t just switch off her love, no matter how much she might want to.

Maybe she just needed to change her goalposts – accept that their relationship was built on a strong friendship and a love that transcended sex and all that stuff. Everyone knew that sexual chemistry faded after years of marriage and the divorce rates proved that when it did, many couples had nothing left in common. That wasn’t the case for she and Seb.

‘I’m so angry at you,’ she said. ‘I feel betrayed and like you’ve lied to me all these years. I wish you’d told me the truth from the start.’

‘But I’ll be honest,’ she went on, ‘I might have walked away back then and if I had we wouldn’t have Zoe and Toby, we wouldn’t have so many wonderful memories. Because of all that, part of me is glad you never told me. And that part of me wants to try and make this – us – work. We’ll create a new us.’

Hope flared in his eyes. ‘Are you… are you saying what I think you’re saying?’

Where you can find Rachael: