Hi Greg, It’s great to have you visit Café Cala. I loved both Rotten Gods and Savage Tide. I’ve been making some yummy chocolate brownies for you this morning. Would you like tea or coffee with yours? 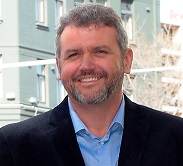 Coffee, please. The stronger the better.

1 Where did you get the idea for Savage Tide?

I put all my ideas in a box, shook them up, turned them into scenes, then spent two years rearranging the order and rewriting. I’m speaking figuratively, of course, but that’s how I approached the writing process. I had never intended to write a sequel to Rotten Gods, and there were so many directions in which I could go. The way forward wasn’t very clear to me.
Slowly, through the drafting process, the characters told me what they wanted to do. Savage Tide is the result. It’s a darker book than Rotten Gods, and more realistic when it comes to the terrible things people do to each other. That’s what came out of the process, and I’m quite proud of it.

I’m a reader first, and I love books. I know how personal and enriching the process of reading a good book can be. When someone tells me that they loved my book, that it absorbed and enthralled them, even changed them in some way, that feeling is more precious than anything I’ve ever known.

By purchasing a lecture pad and picking up a pen. I know that’s a facetious answer, but it’s the truth. After a while I found that the keyboard was easier, but my first attempts were all handwritten, then typed. I wanted to write, so I wrote. It was that simple.

Finding someone who believed in me; my agent, Brian Cook. He made me feel that I wasn’t completely isolated. This was in the days before social media really took off, and trying to be a writer was very lonely. I had no one to build me up or help me cope with the periods when the work got hard. Most people in my life thought I should spend my spare time doing something more productive and it was hard not to agree when the rejection letters kept coming.
For those of you who want to know how I “got” an agent, I paid for an appraisal of one of my early works through Brian’s Manuscript Appraisal Agency. The report from an editor was so positive that Brian read the manuscript and offered me representation from his literary agency.
Brian told me that I had something, and helped me to believe in myself. That was pivotal in my eventual success.

I’m working on the third book starring Australian intelligence agent, Marika Hartmann. Tentatively titled Chase the Sun, this one required a research trip to Myanmar, which I did last April, and hundreds of hours of reading non-fiction books and articles. It’s very fast paced and I’ve really gone for that “thrill” factor.

Concentrate on the writing. Write a great book and then worry about finding a publisher.
If you’re a genius you’ll do it easily. If you are only moderately talented, like me, it will take years and years of uncompromising hard work.
Read lots of great books so you know what they are. I make it a point to read the best books being published because it reminds me of how high the bar is.

Thanks a lot Greg. I look forward to your third book in the series.

You can also meet Greg at https://www.facebook.com/GregBarronAuthor or at http://gregbarron.com/

Marika Hartmann, an intelligence officer for a shadowy subdivision of MI6, captures an extremist foot-soldier guilty of a massacre of school children and aid workers in Southern Somalia. Renditioned to a CIA ‘black site’ in Djibouti, the prisoner hints at a devastating terror plot in the making, led by a ruthless doctor known as the Hourglass.
Marika and her ex-special forces colleague PJ Johnson team up to investigate, uncovering a cold-blooded conspiracy to decimate the cities of the West. But the enemy is always one step ahead – is there a traitor at the very heart of MI6?
From the refugee camps of East Africa to the azure waters off the Iranian coast, the marshes of Iraq to Syria’s parched Eastern desert, Savage Tide is a manhunt, a quest for truth, and a desperate search for the legacy of a cruel regime bent on dominating the world.

They perch together atop the seats while they wait for the C-130. The sun is almost obscured by airborne dust, making the afternoon light red-orange, surreal. The sounds of the camp have receded.
‘Kifimbo,’ she says. ‘You know the baby that was born in Kafee—to the mother who was shot by the Almohad. Do you know where he is? Is he in one of the hospitals here?’ The child had been on her mind, off and on. If anyone could find out it would be Kifimbo, with his journalist’s instincts.
Kifimbo looks mystified. ‘Why would I have concerned myself with such a thing?’
‘Find out for me, let me know, will you?’
‘OK. I will find out for you, out of respect for that baby’s dead mother, and those other children, lying dead on the river flat …’ He is silent, again, forehead scored with deep lines as he holds one hand over his eyes, wipes it across as if to remove something from them that cannot be removed.
Marika knows that look, having seen it many times before. ‘I’m here to talk about it, if you want to.’
He makes a sound that might be relief, and Marika understands. The Kenyan soldiers are a hard bunch. Machismo is a prized quality. Few would talk about what they had seen, or admit to being affected by it. Counsellors would be seen as a ridiculous luxury. ‘The dead children,’ he says, ‘I will never get them out of my mind. Every night I revisit that place. I see their little bodies.’
Marika places on hand on his shoulder. ‘I know. I’m the same. You wouldn’t be human if it didn’t affect you.’
Kifimbo makes no sound. He lowers his head, covers his face with both hands to hide the evidence of his grief. On the ring finger of his right hand he wears a broad copper band, embossed designs traced with verdigris. Such ornaments are common among the men of the Sledgehammer Squad.
‘Can I tell you something?’ Marika asks.
‘Yes.’
‘You have to collect the good things in your life. You have to use them. What’s the most beautiful sight you have ever seen?’
Kifimbo lifts his hands away. ‘Tajiri Hartmann, I am from a place called Lake Nakuru, in Kenya. Have you been there?’
‘No, but I’ve heard of it.’ One of the Rift Valley’s famous volcanic lakes.
‘Well,’ he says, ‘In winter, millions upon millions of flamingos come there, in a show of colour that is beyond beauty.’ He cracks a smile , white teeth dull in the opaque light. ‘A sight that must be seen to be believed. Their pink wings and bodies, rising and falling from the waters. I can think of that, perhaps?’
Marika returns the smile. ‘Sounds perfect to me.’
‘I’ll try that for a start, and if it doesn’t work I’ll think of my mother, or maybe dawn in the hills, when I was a boy and my father made porridge for me and my brother.’
Marika lays her palm flat on his forearm. ‘That’s the idea. You use the good memories. The special things. That’s what you use, against … the bad. Otherwise it will get you down. It will drag you in.’
The plane is coming now, a speck in the sky growing larger. Marika squeezes the hard muscles above Kifimbo’s wrist. More words are unnecessary.