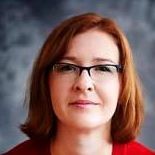 Hello! It’s so great to pop by.

It’s great to have you visit Café Cala. I’ve been making banana and pecan bread this morning. Would you like tea or coffee with yours?

I’d love a cup of tea please. I don’t function without it!

1 Where did you get the idea for Irrepressible You?

I’m obsessed with pin up fashion and old movies so the feel of the book has been in the back of my mind for ages. The lead character, Amy features in the prequel, Unforgettable You, which I’d already written (it will be released around May) so it was a natural progression to write her story. The only problem was finding a man that matched her personality! Then one night along came Ben. From memory, I ended up getting up at around two in the morning and jotting down the initial notes about his character and then he took over the show.

The ability to look at something I’ve put so much effort into and know that it wouldn’t have existed if I hadn’t tackled it one bite at a time. It’s the most wonderful feeling and well worth all the swearing and neurosis that comes before it!

I’ve always wanted to be a writer but I don’t think I ever thought of it as a serious goal until I moved to Brunei Darussalam nearly five years ago. I’d just spent two years living in Saudi Arabia and Bahrain and had a ridiculous number of fantastic anecdotes and stories that I wanted to get down on the page. That ended up being an absolutely dire suspense novel that shall never see the light of day, mainly because it kept trying to turn into a romance.
It wasn’t until I focussed on the romance that I worked out where I wanted to be and the rest is history.

My husband’s support. He’s truly amazing. He reads my first drafts as I go, he edits, he critiques and he tells me when I’m being a daffy neurotic broad. What more could a lady ask for?

At the moment I’ve got five projects on the go. I’ve just finished writing Scott from Irrepressible You’s story, which will, with luck, be edited up to scratch and released some time near the end of next year. I’ve also got another four novels at various stages of editing. Almost all of them are related in some way to Irrepressible You and its characters.

Don’t give up but don’t be too hard on yourself if you don’t meet your daily or weekly or even yearly goals. If you do a little bit at a time you’ll get there eventually. Oh, and remember don’t compare yourself to other writers and ignore all those articles online and blog posts about the number of books you need to write and what you need to do to be the most successful person ever. I’ve come to the conclusion that no one really knows. The most important thing is to finish the book you’re working on. Nora Roberts writes a kazillian books a year, Susan Elizabeth Phillips writes one every two or three years (if her readers are lucky) and they’re both just as successful in their careers.

There are so many, so, so many. It depends on my mood. I love pretty much every genre you can imagine but I’ve always had a soft spot for romance and chick lit. Australian authors are my current thing. Lily Malone’s release this year was amazing. I’m looking forward to Cate Ellink and Rhyll Biest’s new releases. Anna Cowan is amazing as is Ainslie Patton and Sandra Antonelli… (I’m leaving so many writers out here! Go check out my Goodreads page and you’ll see what I mean!)
Otherwise I’m a sucker for Lisa Kleypas, Susan Elizabeth Phillips, J.R. Ward, you know, all the big names. I’m a speed reader and can read up to two books a night if I’m on a roll so to name them all here would be crazy!

You know, my blurb sums Irrepressible You up a lot better than I can! Anyone who writes romance will tell you, getting the blurb down pat is almost as hard as writing the ruddy book and I really love the one that Destiny came up with after looking over my attempt:)

You don’t become a notorious British celebrity without rubbing a few people the wrong way, which is why writer and comedian Ben Martindale has decamped to Australia until the latest media frenzy dies down.

When he meets Amy Blaine, a perky blonde who dresses like a 1950s pin-up girl, he knows he’s hit the satirical jackpot. He begins to fill his weekly London column with snarky observations about her life, clothes, and even their most intimate moments. It doesn’t occur to him that Amy, who is letting her guard down for the first time in her adult life, might be upset – after all, it’s hilarious, and his readers love her!

It isn’t until Amy discovers the extent of his betrayal that Ben begins to realise just how badly he’s cocked up the best thing that ever happened to him. But is it too late?

You’ll be able to find Irrepressible You at all quality e-book retailers like Amazon, iBooks, Kobo (great for anyone living in Asia, Africa or the Middle East) or the nook store (UK)

I really love hearing from readers so if anyone wants to contact me, they can find me on my website www.georginapenney.com, on my writing blog www.steamypuddings.com