Hi Angela, Welcome to Café Cala. I’ve been baking a banana and pecan loaf for us this morning. Would you like tea or coffee with a slice (or two) 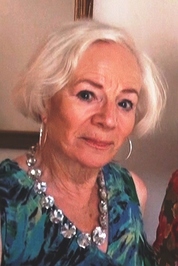 1 Where did you get the idea for Secrets?
From a short story I wrote years ago. Secrets dominated my writing life for two years at least. I just couldn’t think of anything else. I tried writing in the third person and it wouldn’t gell until I tried the first person and it finally fell into place. I also originally wrote Secrets with a prologue but cut it out when writer friends told me it spoiled the suspense.

2 What have you found most rewarding bout your writing?
I guess it’s the kick you get when a scene, a chapter, a sentence gives you a spine tingling thrill. The feeling of achievement when you write “The End.” The thrill when someone says “Gee I enjoyed your book.”

3 How did you start writing?
I started trying to write a play, then short stories, then a Mills &Boon until finally I discovered what I really liked to write.

4 What would you say has helped you most?
The critique’s from my friends in the writers group and the feedback from competitions by Romance Writers of Australia. Critiquing is invaluable. Exposing your story to other eyes can reveal problems as well as kudos.

5 What are you working on at the moment?
I’m editing a novel entitled “Never Look Back.” This is a suspense story about a woman who is being stalked by a psychopath.

Take up lawn bowling or Macrame! Seriously, just keep slogging away, enter competitions, accept advice and opinions from other writers but stick to your guns if you have the conviction that it’s right. Write, write and write. Never waste time wondering what it must be like to be JR.Rowling.

Thanks so much, Angela. I loved Secrets with its Second World War theme 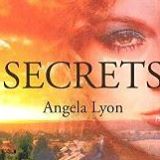 This excerpt from “Secrets” is from Chapter Three when Helen and Annie are still new VAD’s in the hospital.

Promote Your Page Too