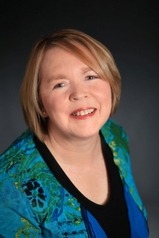 It’s great to have you visit Café Cala. I can’t wait to read Lord Somerton’s Heir. You write about a fascinating period of history. On this cool morning I’ve been trying out a new recipe for rhubarb, apple and raspberry pie. Would you like tea or coffee with yours?

I like a good honest black tea (Twinings Australian Afternoon Tea) with a dash of milk. Do not on any account try to foist Early Grey on to me. I loathe it with a passion. And a very large slice of that delicious pie with a good dollop of cream please ?

Done – I just happen to have some Twinings Austalian Afternoon Tea in the pantry – must have known you’d drop by!

1 Where did you get the idea for Lord Somerton’s Heir?

The story went through a number of iterations. At one point poor Sebastian was a society landscape gardener so for most of its writing the book was simply called “The Gardener” but he sat me down one day and explained he was not gardener material at all. He was a hard working career army officer who had no idea he was “Lord Somerton’s Heir”.

I love this. Isn’t it wonderful how our characters talk to us?

I have always been a dreamer with hundreds of stories running around in my head so on one level it is the deeply personal satisfaction of being able to write the stories down and create the worlds of my imagination, but my far the most rewarding aspect of “being a writer” is when your writing touches a reader (particularly a total stranger on the other side of the world). If I have kept people awake until 2.00am because they couldn’t put the book down, then my work here is done

I scrawled frantically as a teenager (the evidence is still in a collection of short hand notebooks in a trunk in my loft… shudder!). I only started started writing seriously about 15 years ago on a ski holiday when I dislocated my shoulder and found myself stuck in the ski lodge all alone. That story became my first book, the award winning BY THE SWORD.

I think joining Romance Writers of Australia was the best decision I ever made. I didn’t even know I had written a romance novel until I attended my first conference (Sydney 1997!). I spent the whole weekend with my jaw hanging open as this world opened up to me. Apart from the friendships, the generosity of spirit and the incredible professionalism of the people I have met through RWA, membership of this amazing organisation made me believe my dream was possible.

Ummm… I am a scatty writer and I generally have a couple of projects on the go. My “go to” project of the moment is the first in a cosy mystery series set in Singapore in 1910 which I am loving. I was playing around with a sequel to Lord Somerton’s Heir but an email yesterday may have temporarily caused me to change direction. Can’t say any more….

Join Romance Writers of Australia (or your local equivalent) and be prepared to learn the craft. There will be countless disappointments along the way but take them as learning experiences and keep your goal in sight!

I change with the wind, Maggie! I am currently revelling in the late Elizabeth Peters, “Peabody” series at the moment. They are more cosy mystery than romance, but I am so desperately in love with Ramses I can’t put them down. He is a true romantic hero – completely improbable but tall, dark and handsome and so in love with his wife that he will never look at me!

The tea, in its delicate porcelain cup, sat undrunk and cold, the bread curled and dried as the little clock on the mantelpiece ticked away the minutes. Isabel sat unmoving, staring out at the winter landscape of the Brantstone Park as if she expected Anthony to come galloping down the carriage way. She knew even before Thompson knocked on the door and stood shifting from one foot to the other, his shapeless felt hat clutched in his hand, that Anthony was dead.
She followed the head groom out into the stable yard again, where a farmer’s cart now stood. She looked at the cart and with her head held high; she walked across it. Thompson interposed himself between her and the inanimate object that lay in the filthy dray.
‘Are you sure, my lady?’ he asked.
She nodded and Thompson flicked back the sacking that covered the shapeless lump in the back of the cart. Isabel stared down into her husband’s face, into his open, staring eyes, already opaque in death. Anthony lay, stiff with rigor mortis, in the filth of a cart that had last been used to shift manure, from the smell. An ignominious end to his life, she thought.
‘We found him over by Lovett’s Bridge. He’d taken the hedge intending the shortcut across the Home Farm fields,’ Thompson was saying. He jerked his head at the saddle, the beautiful, hand tooled saddle that had been tossed into the cart with its owner. ‘Looks like the girth strap broke and he came off. Broke his neck in the fall. He’d not have known anything about it, my lady.’
Aware of the anxious faces that surrounded her, Isabel swallowed. They expected her to break down. They wanted her tears but she had none to give. She had expended too many tears over Anthony, Lord Somerton, while he lived to spare any for him now that he was dead.
Her gaze rested on the saddle. It had been her gift to Anthony on his birthday only a few months earlier. Now it was the cause of his death. It stood as a symbol of everything that had gone wrong between herself and her husband.
She turned on her heel and walked back to the house with her head held high. With every step, the enormity of Anthony’s death sank in.
She was free, but at what price came that freedom?
Her back straightened and her lips tightened.
To attain freedom, first she had to find Lord Somerton’s heir.

Alison is a lapsed lawyer who has worked in the military and fire service, with an obvious obsession for men in uniform, which may explain a predisposition to soldier heroes. She lives in Williamstown with her own personal hero (and yes, he was wearing a uniform when they met!), two pathetically needy cats and subsists on a diet of gin and tonic.
Connect with Alison on her website, facebook, twitter and Goodreads