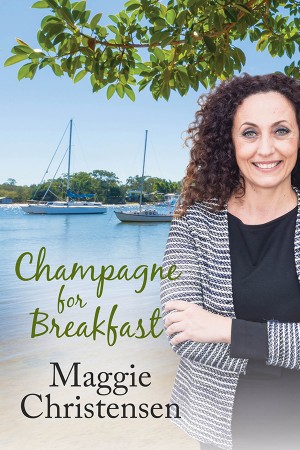 Rosa Taylor is celebrating her fiftieth birthday with champagne. By the river. On her own.

After finishing her six-year long affair with her boss, Rosa is desperate to avoid him in the workplace and determined to forge a new life for herself.

Harry Kennedy has sailed away from a messy Sydney divorce and is resolute in kick-starting a new life on Queensland’s Sunshine Coast.

Thrown together at work, Rosa and Harry discover a secret. One that their employer is desperate to keep hidden. To reveal it they must work together, but first they must learn to trust not only each other but their own rising attraction.

Are these two damaged people willing to risk their hard won independence for the promise of love again?

“The book is a contemporary, feel good, romance, and, refreshingly, for more mature readers like myself, the main characters are in their fifties. Rosa is damaged, lost and vulnerable, but so is Harry. Both are struggling with major problems in their lives but they can each offer the other some much needed support. The cast of other characters are well-judged too and the pace is just right.” Anne Stormont, Goodreads

“Champagne for Breakfast was a gentle tale of two mature souls taking a risk in love and life again, after mistakes in the past are realised. Maggie Christensen’s easygoing tone and engaging writing style, makes Champagne for Breakfast a book I would happily recommend to contemporary women’s fiction fans.” Mrs B’s Book Reviews