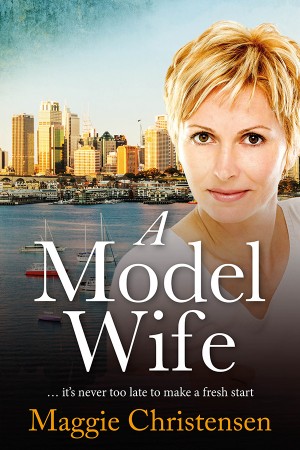 … it’s never too late to make a fresh start.

Former top model Celia Ramsay is determined to extricate herself from her bullying husband – a former football hero. Despite his despicable behaviour towards their daughters, Celia agrees to join her husband on the media campaign for his memoir in return for an advance on the divorce settlement. But what she hasn’t bargained for is the spate of sexual harassment allegations against her husband and the media fallout which threatens to affect her entire family, not to mention her ownsanity.

Real estate developer Johnno Henderson has always been a commitment-phobe, preferring to have a string of young models on his arm. But, as he nears fifty, he’s beginning to long for something more permanent. On the brink of the biggest deal of his career, a chance meeting with a former top model stirs up feelings Johnno never thought he was capable of, if only his playboy reputation would stop following him around.

Can this unlikely couple make a future together?

Set in Sydney at the height of the same sex marriage debate and the #MeToo campaign.

This is a beautiful story and was such a fabulous read, there are a lot of emotions and Ms Christensen has taken on  a lot of topics that have been in the news lately and highlighted them so well… a joy to read, the characters are so alive and real, these are people you could meet every day, families with problems, people that are happy to help each other and offer advice.Helen Sibbert

I thoroughly enjoyed the topical subjects that Ms Christensen has tackled in this book – sexual harassment; same sex marriage – and the blending of families. A Model Wife was a satisfying read, with real life, everyday characters who could easily live next door, or in the next street over. An excellent book which I highly recommend.Brenda Telford