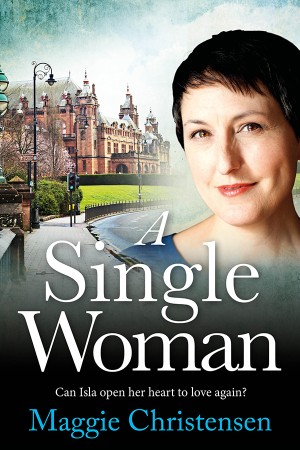 “The thoughtful and touching story of the developing relationship between two rather damaged people.”

Isla Cameron. headmistress at an elite girl’s school in Glasgow, is determinedly single, adroitly avoiding all attempts at matchmaking by a close friend.

Widower Alasdair MacLeod is grieving for the wife he lost two years earlier, struggling as the single father of two teenagers, and frustrated by the well-meaning interference of his in-laws.

When a proposed school trip to France brings Isla and Alasdair together, they find a connection in the discovery that each is suffering the loss of a loved one, but neither is interested in forming a relationship,

As their friendship grows, Alasdair struggles with his increasing attraction to the elegant schoolmistress, while Isla harbours concerns about the complications a relationship with him would bring.

Can Alasdair overcome his natural reserve, and can Isla open her heart to love again?